You wouldn't think that a dental problem could lead to an awkward conversation with your mom, but sometimes it might need to happen. When a woman has syphilis during her pregnancy, their baby (which is you) can develop a dental abnormality known as Hutchinson's teeth. But what is this anyway? And how does it affect your teeth?

Hutchinson's teeth is identified by teeth that are smaller than average, often with noticeably large gaps between them. They can also have distinctive notches on their tops (the biting surfaces). The severity of the condition can vary from patient-to-patient, and in some cases, no treatment is necessary if it's unlikely to cause any problems in the functionality of the teeth.

Hutchinson's teeth is a sign of congenital syphilis (which is when the syphilis is present in a woman's body during pregnancy and birth). However, you can't really be annoyed at your mom. Remember that syphilis can be largely asymptomatic for a decade after the first stage of infection. So, since your mom might not have experienced any symptoms for many years, she might not have had any idea that she was infected.

Dentists have many treatment options for Hutchinson's teeth. Any prominent notches can often just be filed away, removing the grooves that allow oral bacteria to accumulate. Your teeth will be x-rayed to determine the precise location of your dental pulp chamber. This is the central portion of your tooth, which houses its nerve. If there's any concern about breaching this chamber, your dentist might instead reconstruct the biting surface of your teeth using a tooth-colored composite resin.

Your teeth can also be increased in size using this tooth-colored composite resin, essentially building them up. When this is not possible, your teeth can have dental crowns fitted to increase their bulk. This is often more straightforward than reshaping each individual tooth, and it also solves the problem of excessive gaps between your teeth, since the restoration work and the increase in the size of your teeth will close those gaps.

The cause of your Hutchinson's teeth might result in a difficult conversation with your mom, but fortunately, there are many ways to correct the condition. Talk to a dentist today to review your options. 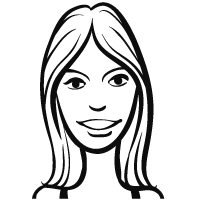 As a parent, I often worry about my child's dental health. Gum disease runs in my family, so I'm very concerned about keeping my little one's gums healthy. I talked to my family dentist about my concerns. The dentist explained how gum disease affects children and what I can do to prevent it in my own child. I learned so much during that visit and want to share it all with you. I started this blog in hopes of educating other parents about their children's teeth and gums. Some parents might not know exactly how to manage their children's dental care, especially if they're new parents. Hopefully, you can use the information for years to come. Good luck and thank you for visiting.